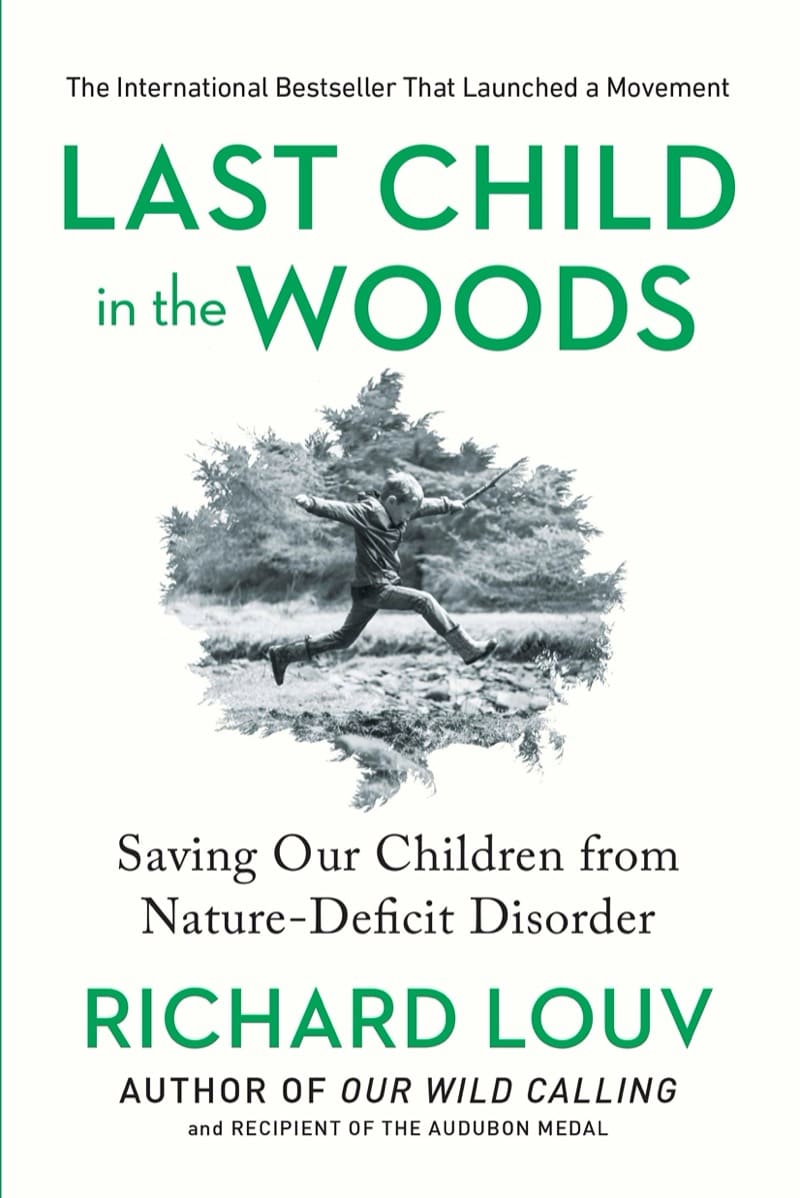 “I knew my woods and my fields; I knew every bend in the creek and dip in the beaten dirt paths. I wandered those woods even in my dreams,” writes Richard Louv in the opening chapter of his book Last Child in the Woods: Saving Our Children from Nature-Deficit Disorder. “A kid today can likely tell you about the Amazon rain forest — but not about the last time he or she explored the woods in solitude, or lay in a field listening to the wind and watching the clouds move.”

It is disheartening that we live at a time when the young spend less and less of their leisure time in nature. Their senses narrow down, both in their bodies and their minds, reducing their capacity for the true unmediated joy of reconnecting with the source of life. It is indeed a symptom of a nature-deficit disorder, a term Richard Louv coined to describe the dear price we pay for our alienation from Mother Earth.

But what happens if we teach our kids to go out in nature? What happens if we nourish the inborn sense of awe in the mysteries of the living world all around us? The answer can be gleaned from a story a ninth-grader told Richard Louv about his trip to the forest where he found The Spot, as he called it, and a subsequent inexplicable spiritual moment of amazement:

As long as I can remember, every time I heard the word “nature” I thought of a forest surrounded by mountain peaks seen off in the distance. I never thought too much of this until one year when I was on a family vacation at Mammoth Mountain. I decided I would try and find a place that was similar to the place I have thought about since I was a kid. So I told my parents I was going to go on a walk. I grabbed my coat and I left.

To my surprise, it only took about five or ten minutes to find The Spot. I stood there in awe; it was exactly how I imagined it. Dozens of massive pine trees were visible. Maybe one hundred feet from where I stood, snow lightly covered the ground; pine needles were scattered about. Out in the distance above the trees was a breath-taking view of the mountaintop. To my side was a small creek. The only sound I could hear was the trickling of the water (and the occasional car on the highway not too far behind me). I was in a star-struck daze for what seemed to be five or ten minutes, but that turned out to be two and half hours.

My parents had been looking for me because it was getting dark. When we finally met up, I told them I had gotten lost, for how could I share such an experience, such an overwhelming religious experience? This episode really made me think about the real meaning of nature. I have come to the conclusion that one’s idea of nature is also their idea of a paradise or a heaven on earth. In my case, I felt perfect when I was at The Spot.

Complement this particular portion of the Last Child in the Woods, an enlightening read in its totality, with philosopher and transcendentalist Henry David Thoreau on why he went to live in the woods, and then revisit Deborah Underwood and Cindy Derby’s watercolor meditation on our inseparable link to nature.