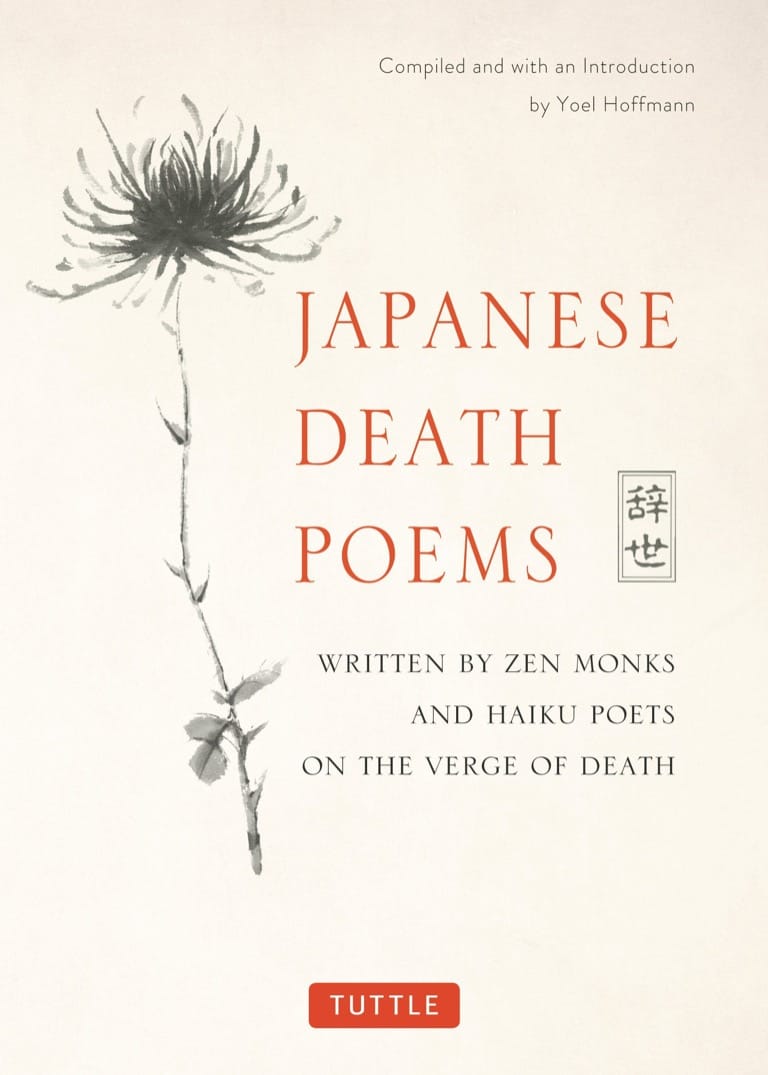 Human civilization is an elaborate, symbolic defense mechanism against the knowledge of our own mortality Ernest Becker argued in his Pulitzer-winning book. But unlike our denial of death, our consciousness of death is a powerful life-affirming force that can help us change the way we live — and die — argues Yoel Hoffmann in his captivating volume Japanese Death Poems: Written by Zen Monks and Haiku Poets on the Verge of Death. Please savor this selection of exquisite short poetry composed by Zen monks moments before they passed away.

At a young age of thirty one, Zen monk Bassui Tokusho heard the running of water in a brook and was enlightened. Being a recluse, he spent most of his days in a hut in the mountains, and whenever visitors came to hear his teaching, he would flee. But despite his love of solitude, Bassui was known as a monk who didn’t turn away from simple people and taught them Zen in a way they could understand. When the time came for him to pass away, he turned to the gathered crowd, uttered the death poem below, and died.

Look straight ahead.
What’s there?
If you see it as it is
You will never err.

Sensing that his final hour was near, Zen monk Kozan Ikkyo called his pupils to gather around him. What followed were his instructions to bury him without any ceremony and without any services in his memory. On the morning of his death he wrote the poem below, laid down his brush, and passed away.

KOZAN IKKYO 固山ー鞏
Died 1360 at the age of seventy-seven

Empty-handed I entered the world
Barefoot I leave it.
My coming, my going —
Two simple happenings
That got entangled.

The truth embodied in the Buddhas
Of the future, present, past;
The teaching we received from the
Fathers of our faith
Can all be found at the tip of my stick.

Japanese Death Poems is a kind of read that stays with us for life — and death. Complement with spiritual teacher Eckhart Tolle on endless cycles of renewal and our biggest misunderstanding about life and death and then, for a different kind of contemplation, revisit symbolist painter Gustav Klimt’s masterpiece on what scares us the most.

Leave a Reply to Do Not Stand at My Grave and Weep: a Poem of Comfort, Hope, and Renewal – Mindful Spot Cancel reply