Just watching a dog or a cat can be a deeply healing experience. It takes us out of our mind and brings us into the now — the only place free of chains of the past and unknown void of the future. That’s where an animal lives all the time, surrendered to life, enjoying it with every fiber of its being.

When you pet a dog, your thinking subsides for a moment… that is, until you realize that it has chewed your favorite book! This is what Mary Oliver (September 10, 1935–January 17, 2019) explores in her tender poem “Percy” included in the collection Dog Songs. Read here by the poet herself and steeped in boundless love for her favorite pet. Please enjoy! 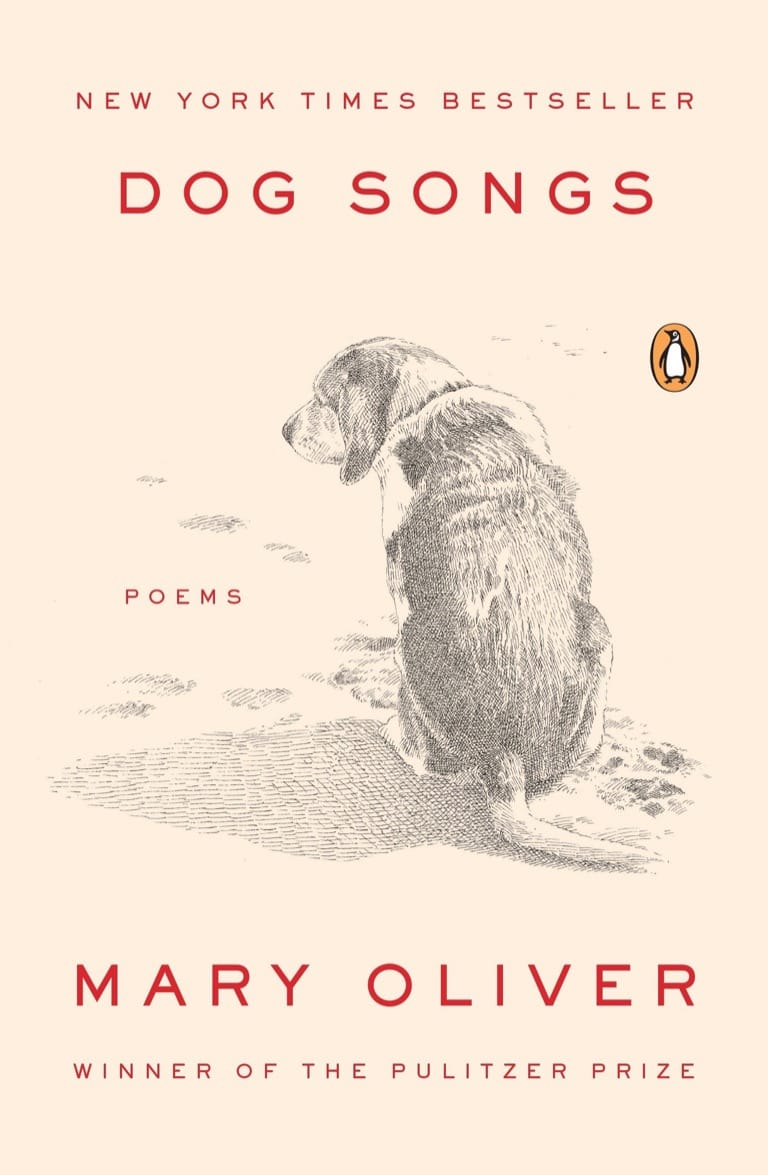 Our new dog, named for the beloved poet,
Ate a book which unfortunately we had
Left unguarded.
Fortunately it was the Bhagavad Gita,
Of which many copies are available.
Every day now, as Percy grows
Into the beauty of his life, we touch
His wild, curly head and say,
“Oh, wisest of little dogs.”

For I will consider my dog Percy.

For he was made small but brave of heart.

For if he met another dog he would kiss her in kindness.

For when he slept he snored only a little.

For he could be silly and noble in the same moment.

For when he spoke he remembered the trumpet and when
&nbsphe scratched he struck the floor like a drum.

For he ate only the finest food and drank only the
&nbsppurest of water, yet would nibble of the dead fish also.

For he came to me impaired and therefore certain of
&nbspshort life, yet thoroughly rejoiced in each day.

For he took his medicines without argument.

For he played easily with the neighborhood’s bull
&nbspmastiff.

For when he came upon mud he splashed through it.

For he was an instrument for the children to learn
&nbspbenevolence upon.

For he listened to poems as well as love-talk.

For when he sniffed it was as if he were being
&nbsppleased by every part of the world.

For when he sickened he rallied as many times as
&nbsphe could.

For he was a mixture of gravity and waggery.

For we humans can seek self-destruction in ways
&nbsphe never dreamed of.

For he took actions both cunning and reckless, yet
&nbsprefused always to offer himself to be admonished.

For his sadness though without words was
&nbspunderstandable.

For there was nothing sweeter than his peace
&nbspwhen at rest.

For there was nothing brisker than his life when
&nbspin motion.

For he was of the tribe of Wolf.

For when I went away he would watch for me at
&nbspthe window.

For he loved me.

For he suffered before I found him, and never
&nbspforgot it.

For he loved Anne.

For when he lay down to enter sleep he did not argue
&nbspabout whether or not God made him.

For he could fling himself upside down and laugh
&nbspa true laugh.

For he loved his friend Ricky.

For he would dig holes in the sand and then let
&nbspRicky lie in them.

For I often see his shape in the clouds and this is a
&nbspcontinual blessing.

The first time Percy came back
he was not sailing on a cloud.
He was loping along the sand as though
he had come a great way.
“Percy,” I cried out, and reached to him—
&nbspthose white curls—
but he was unreachable. As music
is present yet you can’t touch it.
“Yes, it’s all different,” he said.
“You’re going to be very surprised.”
But I wasn’t thinking of that. I only
wanted to hold him. “Listen,” he said,
“I miss that too.
And now you’ll be telling stories
&nbspof my coming back
and they won’t be false, and they won’t be true,
but they’ll be real.”
And then, as he used to, he said, “Let’s go!”
And we walked down the beach together.

Do you have a dog or plan to have one? Then you absolutely need Dog Songs in your life! 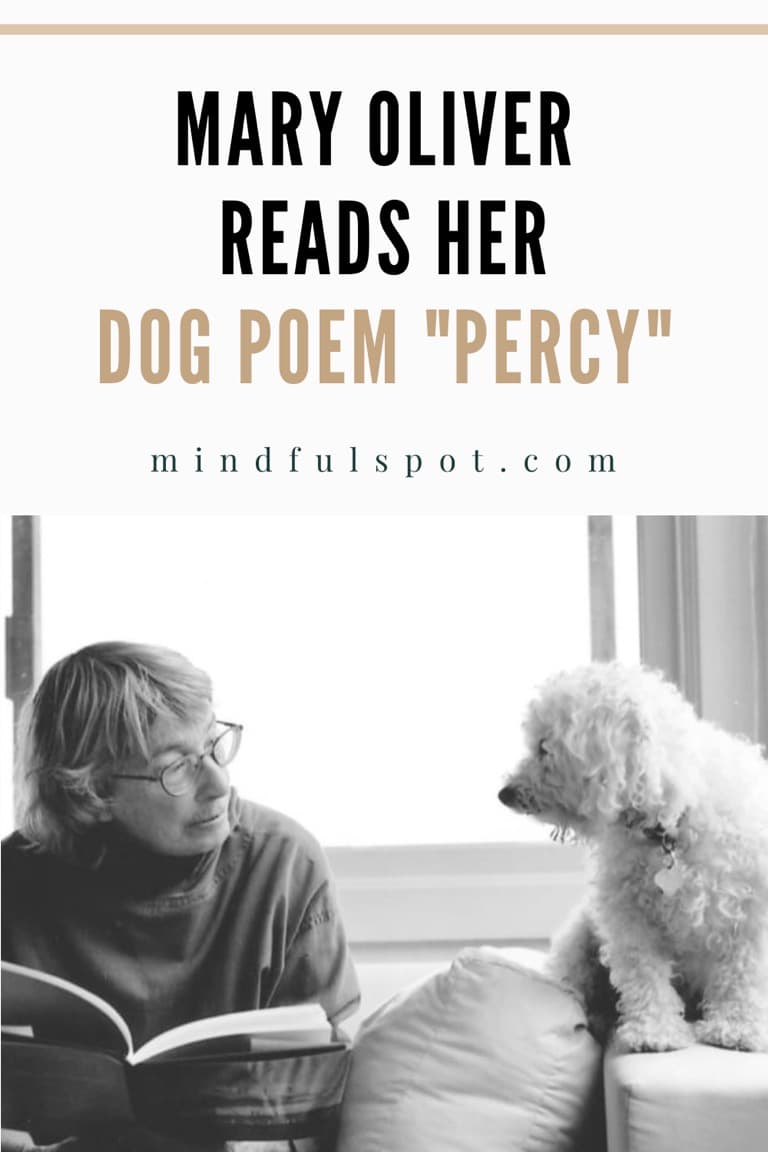